Tanks and vehicles of the

Including the 1st Lothians and Border Yeomanry 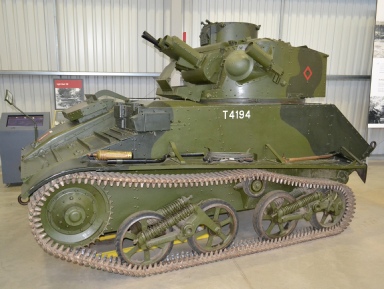 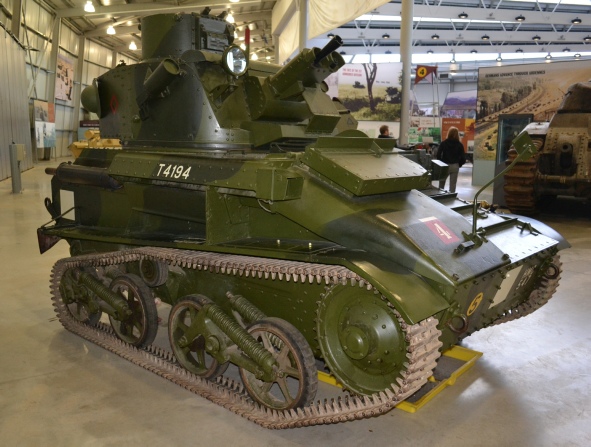 Right:  A Vickers Mk VI Light Reconnaissance tank of the type used by the 1st Lothians and Border Yeomanry whilst they were the 51st Division’s Armoured Reconnaissance Regiment during the Battle of France, 1940 .

Armed with a heavy .50 inch Vickers machine gun and a coaxial light BESA 15mm Machine gun, its 88 Hp 6-cylinder petrol engine propelled it to a top speed of 35 mph.

It carried a crew of 3, commander, driver and gunner, protected against shrapnel and light weapons by barely effective 4 to 14 mm of armour.

Below:  The 51st Division was well equipped and largely mechanised, making extensive use of tracked Vickers Carrier variants, such as the Scout Carrier shown below. 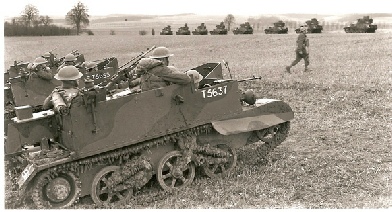 Tanks of the Lothians and Border Yeomanry / Lothians and Border Horse Yeomanry  Over the years, I have built many 1/76th scale models of the tanks used by the L&BY, L&BHY and L&BH during WW2.  More details can be found on my main modelling site, but the pictures below show the main types: 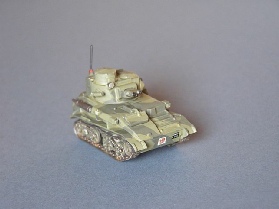 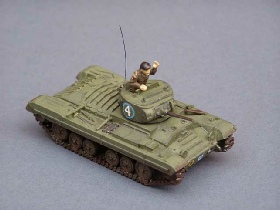 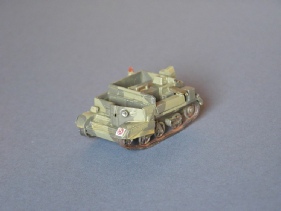 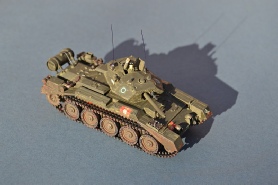 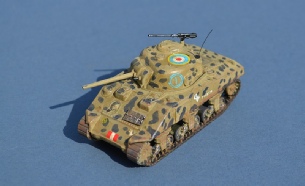 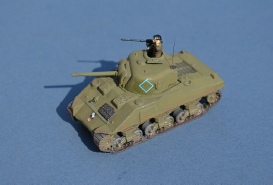 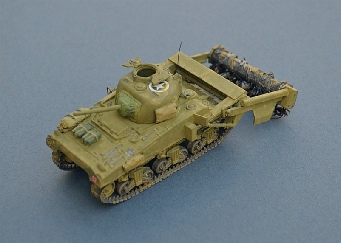 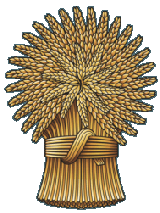 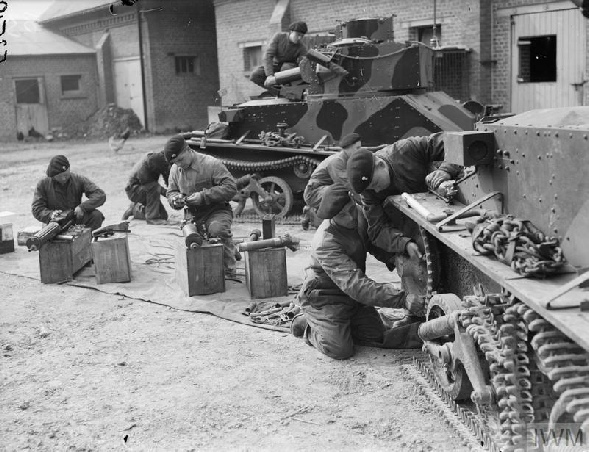 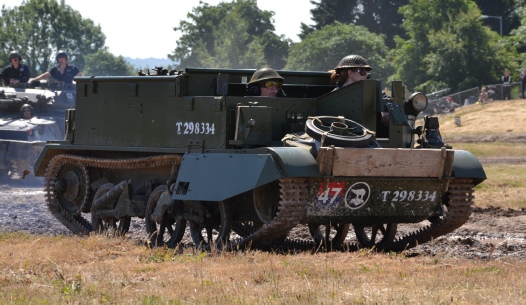 Below and below left:  Fighting as part of the 6th Armoured Division, fighting in North Africa, the 2nd L&BHY were initially equipped with Vickers Valentine Mk.III Infantry Tanks of the type shown here. These were the most widely produced British tank of WW2, with over 8,000 manufactured in a continuous run up to 1944. 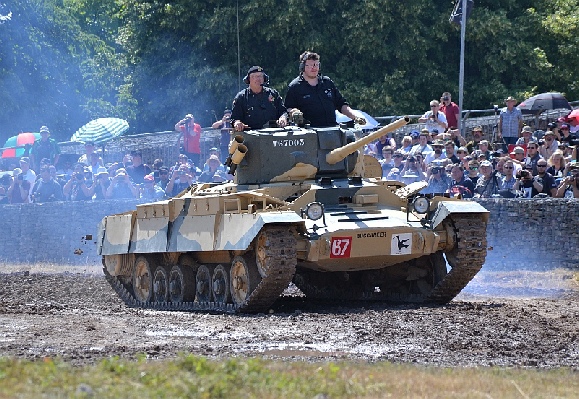 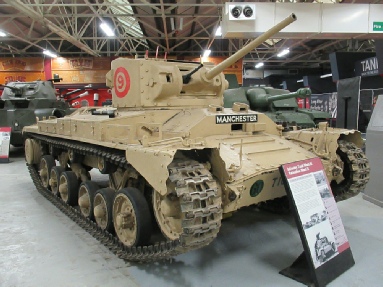 Right:  Alongside the Valentine, the 2nd Lothians also operated the Crusader Mk.III Cruiser Tank in Tunisia.

The Valentines and Crusaders performed well, but after the initial battles in Tunisia, the arrival of more reliable modern US-Made Sherman Tanks saw the 2nd L&BH re-equipped. Unusually, the Shermans were the Diesel powered variant used by the USMC, which were slower but more reliable.

Below - a typical Sherman Tank as used by the 2nd L&BH in Tunisia and Italy: 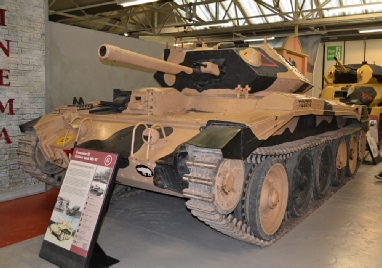 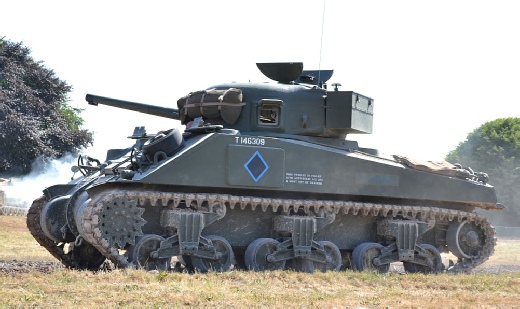 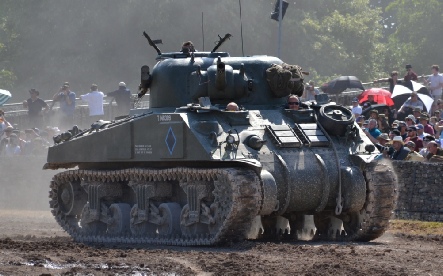 Right:  Back in the UK, the 1st  had reformed as the Lothians and Border Horse Yeomanry, attached to the 79th Armoured Division.  This specialised unit, sometimes known as “Hobart’s Funnnies”, after  their Commanding Officer, operated a range of unusual vehicles designed to breach the German’s Atlantic Wall Defences.  As such, the Mine Clearing Sherman “Crab” Flail Tanks of the 1st L&BHY  were amongst the very first troops ashore on D-Day. 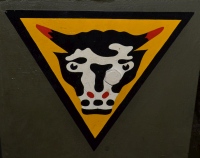 Right: A Sherman Crab of the 1st L&BHY  disembarks under fire on the D-Day beaches: 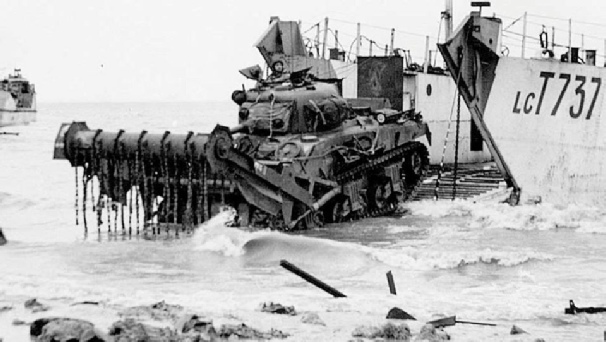 Right:  Men of the 1st Lothians & Border Yeomanry undertake routine maintenance of their tanks in France.

Below:  A Vickers Universal Carrier similar to that used by the Lothians in France.  An incredibly versatile vehicle that shared some components with the Mk IVB Tank.